UNION Restaurant and Bar Latino opened its doors in September of 2007 in Haverstraw, New York and continues to grow in popularity thanks to its many loyal patrons and valued staff.

Partner-owners Chef Jose David Martinez and Maître d’hôtel Paulo Feteira shared their vision, passion, and talent to open a restaurant in Rockwell County that showcases a diverse, yet classic cuisine of Latin-fusion dishes. Located on the historic Pressler Building, the restaurant offers a friendly and relaxed hacienda style atmosphere, impeccable service, and a great wine list.

UNION is a great lunch spot in Haverstraw, it’s the perfect place for a romantic evening, family gathering, special occasion, or for entertaining clients. Private parties and events can be arranged especially for you by our expert and professional staff. 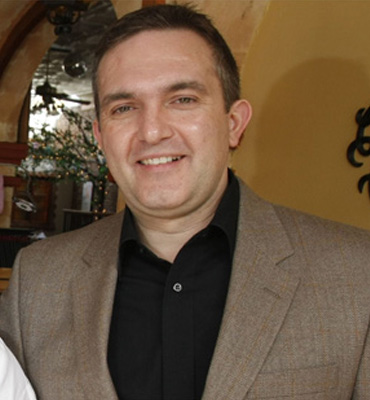 A native of France, with a portugueses background, Paulo Feteira developed a passion for food and dining at a young age. Paulo’s story is not unlike that of many young people living in the suburbs of a major city: get a job at restaurant waiting tables to make a few extra bucks. Fortunately, what sets Paulo’s story apart is that the city was Paris, France and the restaurant had two Michelin stars. After two years of working at le Doyen on the Champs Elysees, his eyes were opened to a new world that could bring him to different places. After spending a few years working his way through the rigorous ranks of the classic French dining brigade, Paulo achieved the status of Captain. With a new feather in his cap and a taste for the restaurant business he set out to hone his skills.

The next leg of his journey led him to Oxford, England and the prestigious Relais & Châteaux. His appetite for travel was growing as was his skill set as a fine young server. He decided to investigate what there was to offer across the Atlantic and headed to Ontario, Canada at the Inn at Manitou. From Ontario, he worked his way down the American West Coast, working at L’Orangerie Restaurant in LA for two years.

He purchased a van and went cross country, then ended his trip in Texas. In Austin, he found his other passion, country line dancing, which led him to the love of his life. It was at this point that Paulo decided to he was going to become a French-American cowboy. He got himself a pair of boots and saddled up with his wife Mary.

The couple headed to New York, via Paris. Paulo’s journey took him from one dining capitol to another. Paulo worked his way through Manhattan’s elite with stints at David Bouley and Jean George Vongerichten’s restaurant Vong. He then took his first stab as an owner of “Z Crepe”, a creperie in White Plains, NY. With a family in mind the couple moved out to the suburbs and Paulo took root for Peter X. Kelly as a Captain at Xavier’s in Piermont. His journey finally came to culmination as he opened UNION Restaurant & Bar Latino in Haverstraw with fellow Kelly alumna Chef Jose David Martinez. Together with Martinez they opened a second location, UNOODLES SNACK BAR also in Haverstraw.

Paulo resides in Rockland County with his wife Mary and they have three children. 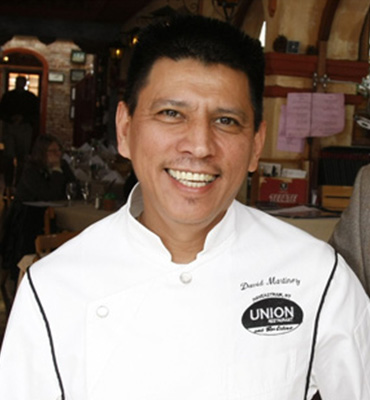 As a car mechanic in his native El Salvador, Chef Jose David Martinez never imagined one day becoming an Executive Chef and owning his own restaurant. But after coming to the United States and taking a job as a dishwasher at the highly acclaimed Xavier’s in Piermont, David has done just that. He spent 18 years developing and perfecting his culinary skills under the tutelage of the Xavier’s owner and Master Chef, Peter Kelly, who recognized his talent and curiosity early on in his career. It was also there that he met his partner Paulo Feteira, who is the co-owner and Maître de ’hotel of UNION Restaurant and Bar Latino.

Chef Jose David Martinez is self-taught chef who is constantly studying, reading, and experimenting with ingredients. He and wife Maria often spend their one free day each week creating and testing recipes in their home kitchen.

Chef Jose David Martinez’s American dream was realized with the opening of UNION Restaurant and Bar Latino in September of 2007 where the innovative menu reflects his distinct style of Latin-fusion continental cuisine.